The Circle is there to protect you, and is the MOST important thing you can learn before attempting any magick.   The reason for doing this is simply one of precaution.  Metaphysical energy attracts a certain amount of attention from beings of a spiritual nature.  Just as you wouldn’t leave the front door of your house open to anyone who happened by, you likewise need to close supernatural doors.  Casting a Circle and calling the Watchtowers do this.

Casting a circle for ritual works can be done in many different ways.  A circle is necessary in order to establish a sacred space for ritual works.  Some people use them to keep energies inside (to keep other-world powers from escaping into our plane), others use them to keep energies outside (to protect Guardians of the East, Powers of Air; you who are thought and the wind upon my face. Winged eagle of the skies who is the morning breeze and the wrath of storms, I call upon and invite your presence to witness this rite.

Cleanse your ritual area. First, clean it physically by tidying up and vacuuming or sweeping (with a regular broom, not a ritual one) if needed. Then cleanse and purify the area of negative energy. Purifying processes include lightly brushing the floor with a besom (ritual broom), fanning incense around the area, smudging, sprinkling salt or saltwater, and playing a musical instrument (I particularly like chimes and bells). The most important thing, no matter what method you use, is to visualize the negative energy dispersing. If you don’t focus and visualize, the physical actions will have little effect.

White light is considered symbolic of pure protective energy.  To begin, sit quietly with your eyes closed, imagining a white light surrounding first you, and then the area where you are working.  It is easiest to envision this light as coming from above you as sunlight does.  As you see it clearer in your mind, allow the light to grow brighter, you may begin to feel warmer and the room may see quieter or different than when you began.  This indicates that you have done it correctly.

North represents the element of Earth, midnight, winter and the sense of touch.  The Elemental being associated with North is the Gnome. The Gnome appears as a small man in a pointed hat, who is sometimes misshapen or hunchbacked.  He lives in natural wild places and cares for the animals. Gnomes are thought to be somewhat benevolent towards humans.

East is the Element of Air, place of dawn, spring, any magic dealing with the mental or our sense of smell, something that is carried on the winds.  The Elemental Being associated with East is the Sylph.  A Sylph is a race of Faerie that specializes in the wind.  They appear as beautiful, delicate humans and can be all size. Unlike most Faeries who have insect-like wings, Sylphs have iridescent feathered wings like a hummingbird.

West is the Element of Water, emotions, intuition, twilight, fall, the sense of taste.  The Elemental being associated with the West is the Undine.  Undines are always female and can appear in the guise of human, snake or fish.  Every form of water has it’s own tribe of Undines, they exist in oceans, lakes, ponds, rivers, puddles and even tear drops.

These four points are set up to represent the outer barrier of your magical space, to protect it and help establish a special energy area in which magick can be built.

After the circle is cast, you will go to each of the four cardinal points (north, east, south, and west) and invoke the Guardians of the Watchtowers– that is, the Elemental beings connected to the four directions and the four elements. They are called to witness your rite and to guard your circle from unwanted, malevolent energies.

“Hail to the Guardians of the Watchtower of the North! By the power of Earth, I do summon, stir, and call thee forth to witness this rite and to guard this circle.”

“Hail to the Guardians of the Watchtower of the East! By the power of Air, I do summon, stir, and call thee forth to witness this rite and to guard this circle.”

“Hail to the Guardians of the Watchtower of the South! By the power of Fire, I do summon, stir, and call thee forth to witness this rite and to guard this circle.”

“Hail to the Guardians of the Watchtower of the West! By the power of Water, I do summon, stir, and call thee forth to witness this rite and to guard this circle.”

And closing your circle would look something like this:

When your ritual is complete and your spells are cast, it is time to thank these Elemental beings for witnessing your rite and for protecting you during your spell casting. Dismiss these beings properly and with the respect with which they are due, never underestimate their power.

Guardians of the West, of Water, I thank you for your soothing presence here tonight. Stay if you will, go if you must. Farewell and Blessed Be.

Guardians of the South, of Fire, I thank you for your energetic presence here tonight. Stay if you will, go if you must. Farewell and Blessed Be

Guardians of the East, of Air, I thank you for your whispered presence here tonight. Stay if you will, go if you must. Farewell and Blessed Be

Guardians of the North, of Earth, I thank you for your solid presence here tonight. Stay if you will, go if you must. Farewell and Blessed Be.

Some of the above information on the Elements was taken from,
“The Gray Witch’s Grimoire”
by Amythyst Raine 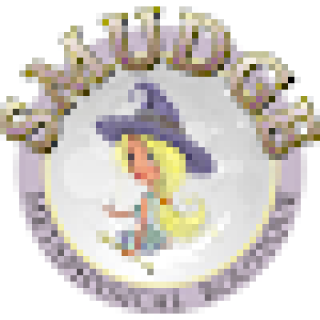 I am the proud owner of Smudge Metaphysical, an eclectic spiritual store & destination in Southern Ontario, Canada. As a spiritual practitioner of over 15 years, I teach others how to achieve their goals and heal themselves via magical practice, energy manipulation and spirit work. I create many of my own products that are based in my practice of Hoodoo, Root work & Witchcraft. I'm a proud recipient of a prestigious Biz-X Award for "Best Little Retail Store 2015" & Award of Recognition from the Hiatus House. A portion of my sales every month go to the Hiatus House to help women & children break the cycle of abuse with shelter, community aide & education. I encourage personal power through your unique expression of self and spirit, and have created a safe space for others to develop their magical skills via my shop.

I always say that my most valuable asset is time. No matter how you spend it, it’s gone for good. So how do you spend your time? Remember that however you spend it is your choice but whether you are spending it being negative or positive takes the same amount of work. They just have two different cumulative results. @smudgemetaphysical #causeandeffect #choosehappiness #choosewisely #timespentwell
Missy knows. Listen to Missy & Flip & reverse it at home. 😆. @smudgemetaphysical #stayhome #covidmemes
Truth. We were setting this up yesterday. Lol 😝 Things are so different, I can hardly deal. Lol 😂 Me & my staff, complaining about how our hair & face will look by the end of this. Sharing our breakdown episodes. It’s an episode full of air and water sign chat, ranting & whining with bouts of creativity & intuitive wisdom. Never boring. Lol 😂😘😘 I’m so grateful for my staff 💕 @smudgemetaphysical #covidmemes #covidstaffmeeting #missmystaff #trappedinside
😂😂
I just wanted to reach out to everyone since I’ve been quiet the past couple of weeks. Since I’m a solitary practitioner I tend to retreat to get myself right so I don’t slop my stuff all over everyone. I’m finally starting to feel better as I’ve been under enormous pressure and stress the past couple of months with work on top of dealing with the effects of covid 19 making sure our businesses & our staff will be ok. We have been preparing for change for months, even though we didn’t realize the full impact of these changes via the Covid virus. Change is tough and we are all doing things that are uncomfortable and out of our comfort zone, but those of us who have a spiritual practice are used to this discipline and discomfort of change. I deal with the real issues of life at Smudge and we don’t glaze over things as denial only prolongs suffering. So yes this is really tough and you have to take time to process your emotions and take care of yourself. It’s ok to not be that fun happy face that’s all over social media while in isolation. While you deal with the confusion, panic & worry, stop and get quiet and write down three things you do have and are thankful for. Even if it’s a meal, clothes on your back and a roof for today. This is what I did through my divorce when I had little income, no support & had to claim bankruptcy. You get to the basics and get through day by day. We are all going to come through this and we will all have challenges. Be aware of others and reach out to those who you know need help. Drop off food to those who need it. I haven’t cut my funds going to Hiatus House as they need it most with domestic violence will rise as stress is high and abusers are stuck at home. Erica & I are working on some things to share with everyone even though being on live video is sooo uncomfortable for us. Lol 😝 so be good and patient with yourself & be mindful of others. Stay inside. Send prayers & help to those that are essential services. I miss you all dearly but we will have a joyous reunion soon. We are still available via messenger and email and I’m still going into the store to do some pick up orders. Love you all 💕 stay safe
I’m ready! 😂 isolation with some libra flair 💃 @smudgemetaphysical #covid19memes #socialdistancing #humorinhardtimes